My secret is, that I buy most of my shoes at 6pm.com. If I don't get them at 6pm then I buy them at Jay's in Jamestown or Marti and Liz in the Cookeville store. I have a lot of shoes and those pictured above are some I purchased this year and all of them are amazing. The black puma's I actually own in red but it seems they may have sold out of that color. If I didn't have so many shoes I'd get the Sbicca Mulah's in black. That shoe is like butter and so comfortable. You can see them in the previous outfit photo where I'm wearing the lime dress and jeans. Oh, and the K-Swiss, also like butter and the most comfortable shoe I own.

100% of my Birkenstock sandals come from Jay's & Marti & Liz. 100% of my flip flops come from Old Navy because they do have the best ones. 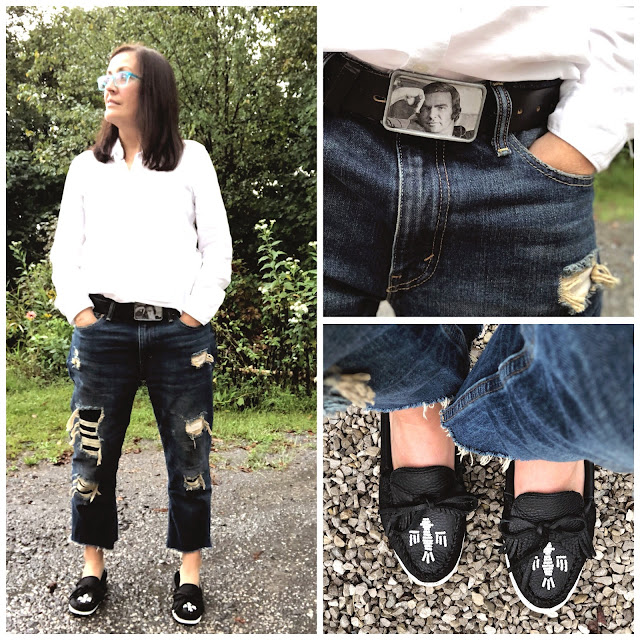 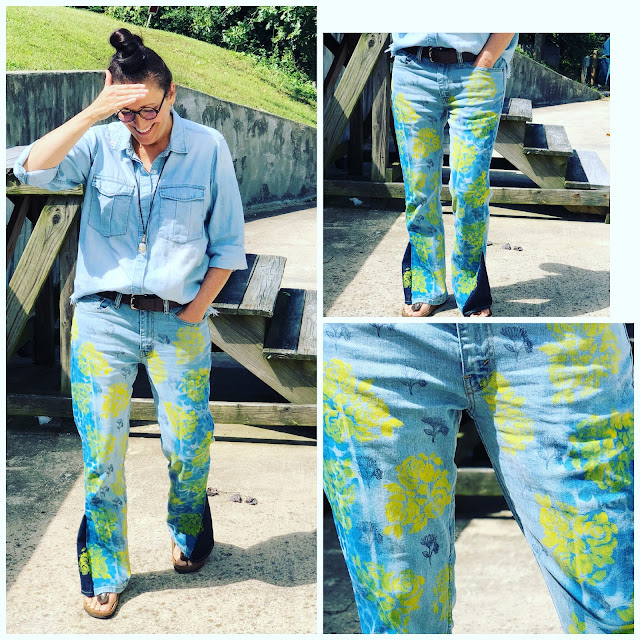 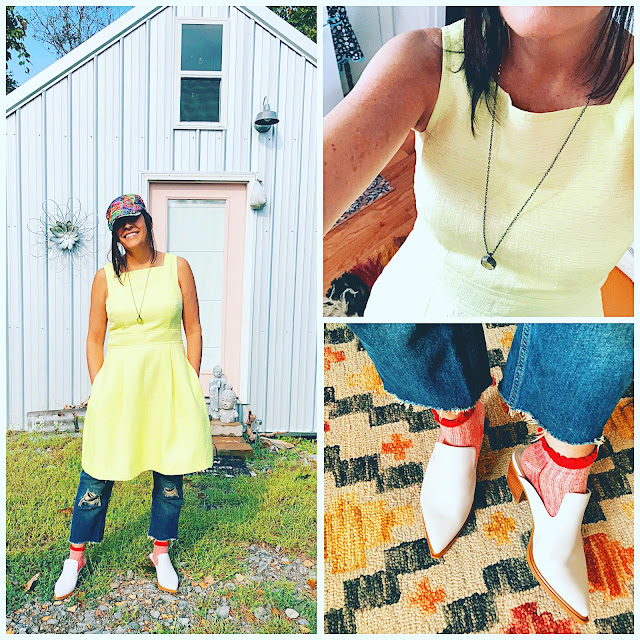 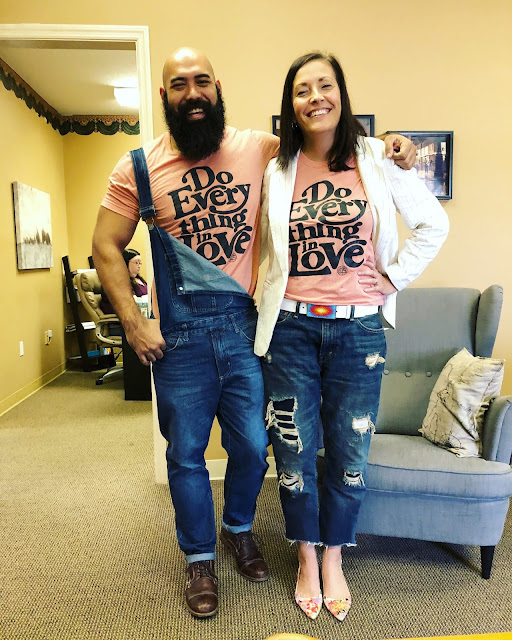 I  found this listing on Etsy and decided to purchase it just for fun. If anything they say here is true of a past life of mine, then I seem to be caring most of it still with me because a lot of it sounds just like me now. If you want to take the time to read it I'll tell you how it compares to me now at the end.

Past Life Reading
To: Tonya Ruanto
Hello it is wonderful speaking with you, and I am very happy to get a chance to show you an aspect of your past. I want to thank you for choosing this reading and putting your trust in Dark Secret Creations. Before we begin let me explain a little about past lives. You see we are all eternal beings in physical bodies. All of our experiences we have ever been through is still with us and is a part of our soul existence.
This lifetime we are about to journey through is one that happened a few hundred years ago. This one was a shorter one. I am seeing that you passed away in your late 20’s as a result of being accused of witchcraft. It was by hanging. I believe and you indeed were a powerful person. You had so much connection with your higher self, and you practiced the beliefs of old and gave honor to the old Gods and Goddesses. I am seeing that you practiced some spells, but they were for good. You never used your knowledge for bad or to gain too much for yourself. You would always think of others, and that is how you got seen. Well it wasn’t seen, but found… You decided to help a woman who was very ill. You gave her some herbs and remedies you had in your book, and you chanted over her. She indeed got better, but it was her mother who didn’t like the chanting you did.
The woman was fine with it, but her mother was a gossip in town and the news spread like wild fire. They ended up coming for you in the middle of the night after a few weeks of the gossip floating around. There was talk of you spreading sickness and simply healing that woman so they wouldn’t be on your trail. There was talk of you taunting people in their sleep. You were a very beautiful woman, and some of the men would lust after you. And so when they had sexual dreams about you, they would blame you for doing that to them. Giving them sinful thoughts.
I also see an older woman and man died of natural causes around the same time of one another, and they blamed that on you. Of course you were not to blame, but they thought you were. I am not seeing that you got a trial. You were murdered as a result of their fear of the unknown.
I wanted to bring all of that through first because it was an important aspect of the life. But it wasn't all... you had many good moments too. I even see a bit of a romance. You were taught these spiritual things from your mother and grandmother. They were both into ancient practices. It was quite natural for you all, but the others who didn't understand made it seem evil. But you were very one with nature. You would sit under large trees just listening to the song of the forest. You would collect beautiful stones, and utilize them for their energy. You would use a part of a nearby creek for healing. There was a small waterfall near and you would use the water for cleansing purposes. It was always very clear water and the stones you would find there were so beautiful. Some natural rock quartz you would find there too. And so you knew it was highly charged water. Nearby that area you met a man. He was a passerby. A traveling soul. So your moments were brief. He was only in the area for a week or two. But during that time you both experienced a lot of passion. He had to leave, and you felt an obligation to stay. Partially because of your mother and grandmother, but also because you loved the natural beauty of the area. You had one time mended a bird back to health. It had a sore wing, and you helped feed him and such until he was better. You did the same with a squirrel. One time in the forest you came across a larger animal, I think a bear. But you spoke to the bear and said you were not going to harm him. You apologized for frightening him and was saying that while slowly backing away. You had a way with nature that really put the essence of magic into your beliefs. And so all of this is still stored within you.
Now let me explain what purpose this lifetime served. You got to heal that woman, help animals, etc. They went on to spread a lot of much needed love. But also you grew as a result of this. You learned how to overcome and balance your energies during this lifetime. You learned a lot of techniques and rituals as a result of your mother and grandmother. It served its purpose and after that lifetime you went back into the higher realms to continue your soul journey. And you may not have all the similar beliefs, but you will find that you still have this soul knowledge within you begging to be unlocked.

Here are the things I find in that life that compares to now:
So that was fun.
at September 18, 2018

It's a simple thing really but taking our usual drive this morning was just a good reminder to me of how much I love this world. We drove along Mill Creek while we ate our usual Dairy Queen breakfast burrito and watched as birds greeted us and then seemed to cheer us along our path. It's always a great reminder. That is why we do it so much.

We always see lots of wildlife; turkeys, deer, hawks and an occasional blue heron fishing from a rock in the creek. On occasion we will find an animal out and we will try to round it up and get it back where it belongs. Sometimes I just ask B to stop so I can talk to the critters standing by the fence. There are days the weather is so perfect we have to roll the windows down. Some days there is music playing in the background of it all and some not. We go slow and enjoy every second.

We point out the same two spots that we'd love to own. His choice, a house on top of the hill and mine a farm in the valley that is so near perfect that I cannot imagine a single thing could have ever gone wrong for the people who live there. Oh, and mine has a thousand stories. I can see it in the land. There is the two-story white house with its perfect porch. It has a smokehouse and other out buildings that make it appear that at one point it was probably near self-sustaining. There is also a graveyard in the back. Some days we see the occupants outside who are older and look as if this place is their history. It feels like they could tell you all of its secrets.

We always look to see if the creeks are running and talk of whether we should kayak or float them on a tube. These trips are, all but a hand full, just in our heads. We talk about it way more than we do it.


On these mornings I don't do a single thing to prepare before going out the door. I don't shower or comb my hair. I just go and it makes me feel so free. 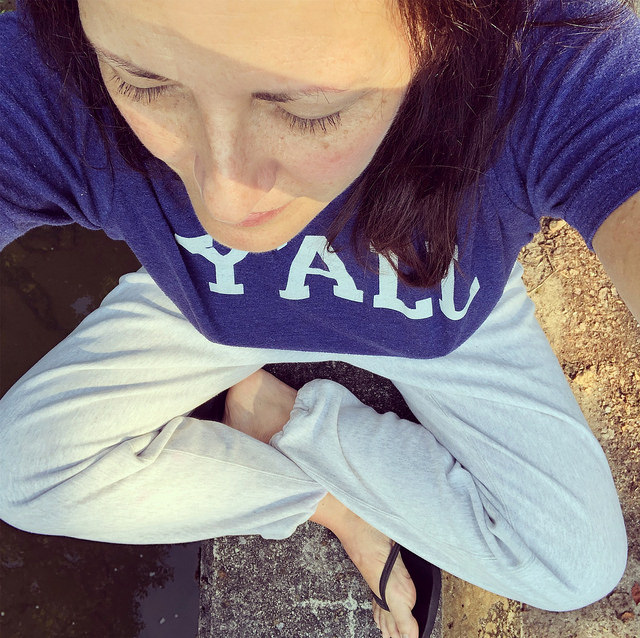 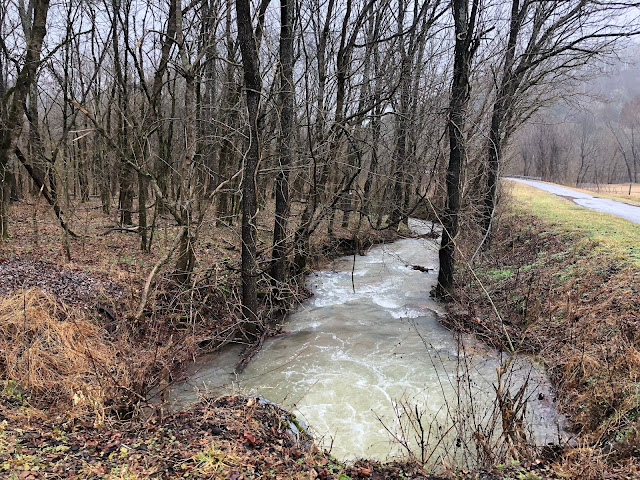 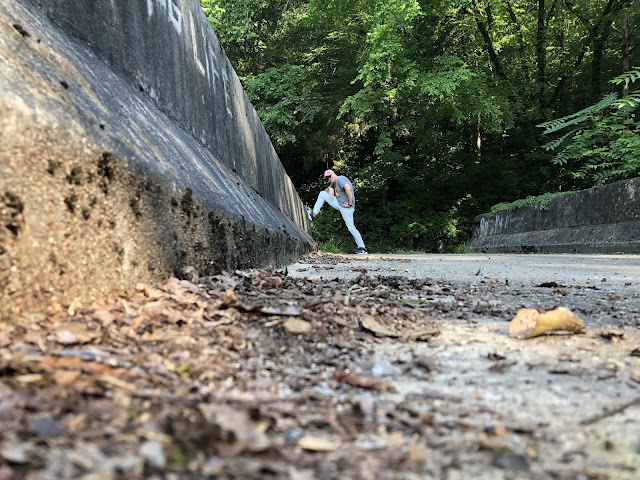 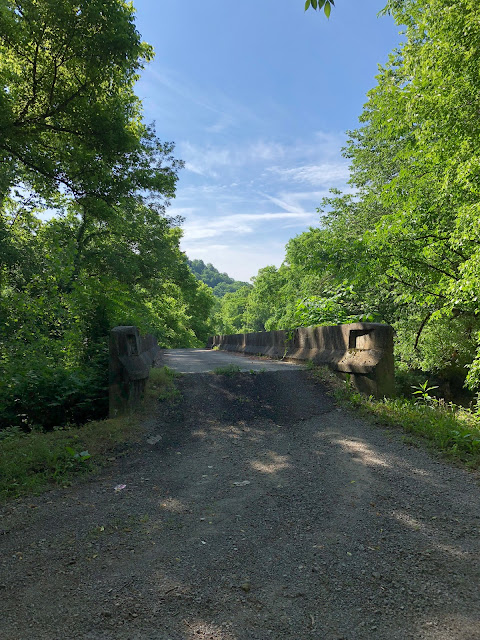 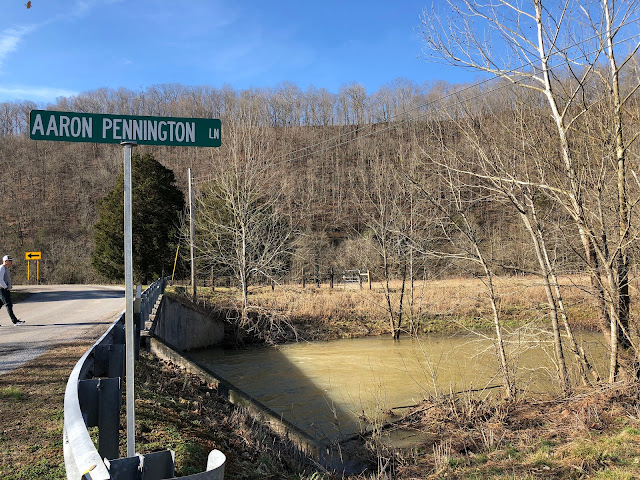 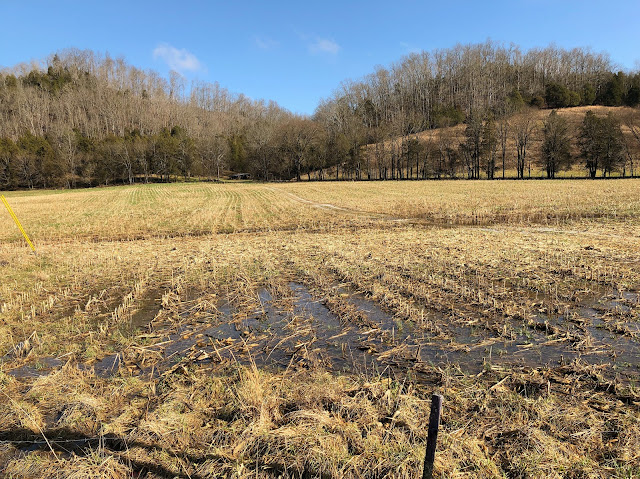 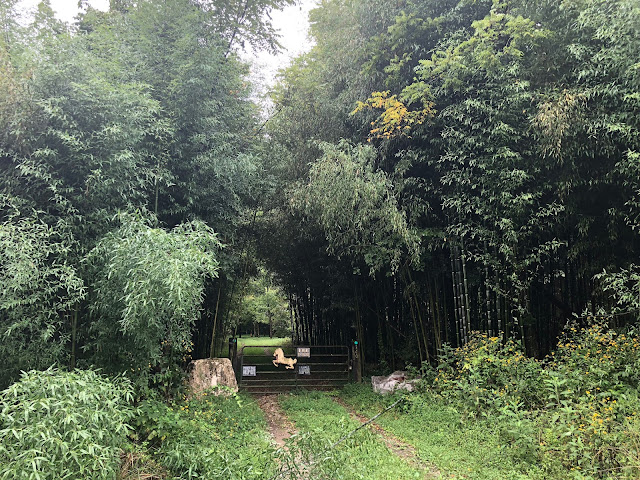