being the imperfect parent 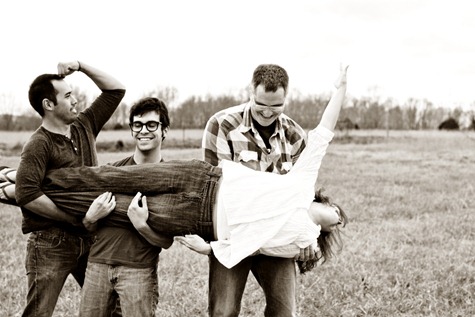 As you can see from this photo I don’t have little boys anymore. I have two grown men who used to be my little boys. I wish I could say I did everything right. I wish I could say that I never did anything to deflate who they are. I wanted to be the perfect parent. Turns out, you can’t be. You’d first have to be perfect and we all know that we are not.

When my boys were younger I spanked them. Sometimes I yelled at the top of my lungs at them. I’m not trying to excuse these actions because they were wrong actions but I truly didn’t know better. I have apologized for being that parent but if they forgave me everyday for the rest of my life I would not forgive myself. I own that and I’m living with it. I don’t beat myself up for it. It’s just something I sit with on occasion and then it’s turns to gratitude that at some point before they left home I turned that around.

I can’t really say when this all took place because it was a process but I’ll explain why I changed the way I parented.

I had my children really young and I was a single parent. I never went to college. I never had that youthful hoorah. I could have but I would have had to sacrifice time with my family by trying to work and go to school or I would have had to survive with government assistance. There is nothing wrong with that but my pride would not allow it. So, at a very young age I realized there’d be none of that. I had to be a mother while most people my age would still be having a big time, going to parties, attending college and spending all their leisure time any way they wanted. I mourned this loss for a few years. In those years I know that I was not a good parent. I felt so conflicted and weighted down by so much responsibility and I never stopped to think how good I had it.

Time passed and one day I decided to step up. I don’t know what prompted it. I just remember thinking, “No one is going to do this for me. No one is going to come along and save us. I have to do this.” From that moment on I decided that unless the boys were spending time with other family members (dads & grandparents) then we’d always do everything together. What I learned very quickly after this realization was that when you step up and do what you are suppose to do instead of avoiding it (in any way) only good can come from it. I stopped thinking about what we didn’t have and focused on what we did have. As soon as I made that transition it seemed like everything got better. Our house certainly got quieter. When I stopped yelling and spanking my children they fought a lot less and they stopped yelling. When my approach became more calm they responded to me with calm. It was then I realized how much my actions set the stage for the rest of the house.

To look back at the big picture I can see the mechanics of it and I know why things changed. I think sometimes no matter how ready you think you are to be a parent you never really are. No one can tell you what it will be like. You have to experience it yourself. I think once we lose our freedom to a child, who is completely dependent on us for everything, it is almost natural to mourn the loss of that freedom. The problem is when we get stuck there. At some point you have to tighten those boot straps and go wading in all the way over your head. You have to say, “This is where I am and these children always need to be first.” When you do that you will finally see that you have time for everything. Because now you can use that time you once spent wishing things were different and you will be the best parent you can be because you won’t have to feel guilty anymore about those thoughts of wishing it all away. You’ll be surprised how much free time will open up for you that you never realized you had. You will be parenting in the present moment instead of doing it from a place in your mind that sees it as a conflict.

The moral of this story is: Put first things first and then everything else will rally around what is left in perfect placement. You won’t be able to understand how this works until you do it. Step in and just have faith. Don’t think about it. Just Do It.