In Tune with Mother N 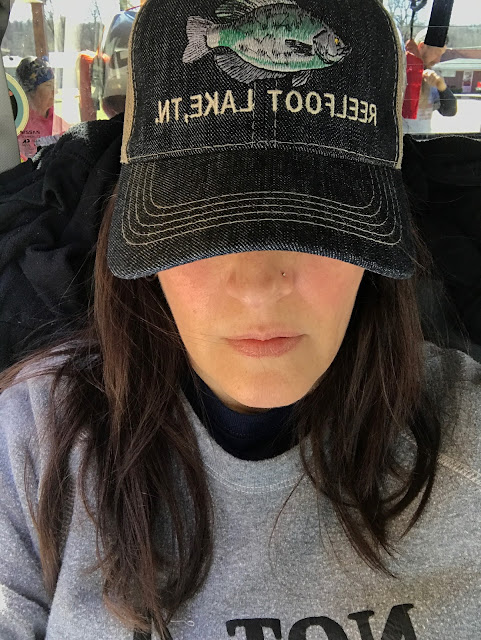 Don't know if you have noticed but the way my mind works is very mechanical? So much so, that many of my post here are about the mechanics of how a thing works. I was built for this shit. I really want to explain this to people who don't operate like that so they will understand us "learn by doing" people. I also hope it will help you folks who are a parent to someone like me. This might get wordy and might be better suited to a vlog but I know you get sick of my long videos too. I'm gonna try to keep it short but I am going back to the beginning.

My family moved to Tennessee from Georgia when I was five. This was at a time when I should have been in kindergarten but with all that was going on and because I was very small my mother did not send me. Everyone in my family worked but my Grandmother and she kept all the children. My grandmother could not read and she was the only person with the time to teach me. Long story short, no one prepared me for 1st grade. I showed up for the first day of 1st grade (still 5 because I have an October birthday) and I did not know the alphabet or how to count. I remember that first day like it was yesterday. All the children seemed to know one another. They were all talking and seemed so comfortable. I could not wrap my 5 year old head around it. In my whole 5 years I could only remember being with just my family. I did not know how to make friends and since I missed any sort of pre-schooling I had not seen a model for it. Imagine being the child who didn't know anyone, didn't know the alphabet or numbers by sight or by name, in a room filled with children that knew all of that. Then imagine what it would be like to spend your first year in school being taught at a level of children that did know the alphabet and numbers when you didn't. Not only did I have to devise a way to keep up with what was being taught in the class I also had to learn what I didn't know up to the level the class was being taught at. They did give me extra help and let me point out, I passed 1st grade despite being so far behind. I don't know if this all created how my mind works or if I was born to it.

In all the years I was in school I scored well above the average on every achievement test I took. I am a kickass testtaker. My children have always been that way too. I never studied but I didn't have to because I could surmise the right answer, I didn't actually have to know it. I even got a private visit by recruiters when I was in high school because of my high ASVAB score. I scored really high on the mechanical portion of the test. There were only a handful of people who had private recruitment meetings. I would like to point out that most of us who had a private meeting with them were girls. Who would think that girls would score higher than boys on this test but they did at my school? Just goes to show society is wrong about the female brain.

I've never figured things out using a training manual. It might as well be written in a language I do not speak. My eyes and hands teach things to my brain as if they are an IV of knowledge fed directly to my brain. Words on a paper do not feed my brain in the same way. If I take something apart and put it back together I will know at the end why and how it works. I could read that in a manual and I still would not know. It just becomes a jumble of words all wadded up in my brain. When I physically do the thing at the end it seems so perfectly natural to me that it feels like the way nature works in the world. It becomes as obvious as 1 + 1 = 2.

I have this theory that people like me, that learn by doing, are in tune with nature. Others are more in tune with mentality. Those of us in tune with the flow of nature pick up on patterns and we don't need storage for this because our way is to know things on the spot with no need for storage. Those in tune with the the brain are more like a steel trap filing cabinet. They can retain things much easier and they call on their filing system to keep them functioning in the world.The nature folks do not know the answers but they figure them out. The mental people don't have to figure out the answers because they know them. We may not figure it out by reading a manual but we will figure it out by what seems natural. We are great at math but not so much at reading.

Example:
Math is natural, reading is not. Yep, you read that right. At some point language, letters and words were an invention. Someone made decisions that resulted in that type of communication and an agreement was reached. There was never a day when this all fell from the sky or grew from the ground. It was an invention and then it was what we now all know. It was all man made. How does math differ? You do not need speech or anything man made to do math. Imagine you were part of a tribe before there was language. Imagine somehow your tribe was able to communicate either by acting out or drawing in the sand that you wanted to track a number. Let's say you were going to war with another tribe and you wanted to keep a count of your warriors. You could have each of them to pick up one rock and put it in a pile. You would know even without counting that this is the number of people you are sending out. That is addition. The war is over, you all return and you want to know how many people you lost. You'd have every person returning go back to the rock pile and pick up a rock leaving behind a rock for each of those who did not return. That is subtraction. You could take those same people and teach them to read but you would need the help of manmade things such as the alphabet and language. You can count without saying or knowing a word. You cannot read like that. You have to have a lot of things in your memory to be able to read. That is why people with steel trap file storage work well with manuals. They can call on the things they have stored to help them understand. Us in tune with nature folks don't rely on storage. We rely on figuring it out the moment we need it.  Knowing all of this, think about how hard learning to read was for a child already behind. It was TOUGH.

I see patterns. I get the mechanics of why one thing works another. This is why I write. I want to share what nature teaches me everyday.

Over these last few years of getting to 50 and now being fifty I seem to connect the dots with these patterns more everyday. I can look back at my life and see how everything I enjoy about being who I am came to be. I can also see the same about the things I don't like so well. The dots I connect right now tell me the things I enjoy about who I am and the things I don't like so well are a direct result of each other. The good and bad things are like the heads and tails of my coin. They are all the same coin but different sides. They compliment each other. I realize that good or bad, it's all okay.

I have so much more to say about all this but I'll tie it up here and maybe come back another day and open it back up. Thanks for keeping with me if you got this far.
at March 23, 2017