Oh I'm Over Something But It Ain't "It" As You Say

Say what you will about the way the world is this minute. We are more divided than ever? Say it didn't start with the new president? It certainly didn't start with the last. Tell me a time when people in this country have been treated as equals. TELL ME. If you are going to get pissed at folks marching for equality then I DEMAND you tell me the exact time it became unnecessary. People have been yelling about equality since the dawn of this country and there are still folks who shout foul about it like it ain't a thing. Would these people like it if they were treated like their equality didn't matter?

Do you really believe that all people are equal?


As for the treatment of women, How many times have you turned on the news and watched a rapist get away with rape and blame it on the victim. Even some in the court system do. Always double standards too. When a man has sex with his student he gets moved to another school. When a woman does she goes to prison. As far as pay goes, I don't believe I can do everything a man does but if I do I want to be paid the same. Same job = same wages. If you are not bothered by this then don't be but don't tell me I can't be because it is inconvenient for you.

I saw where a few people posted about how Obama ruined everything by trying to give everyone insurance. Poor you. Your plan went up, I get it. You know why? Because now they have to give insurance to people who are already sick and they wouldn't cover them before. If you are sick then you are someone who needs insurance. Instead of the insurance company's adjusting from the top down they adjusted from the bottom up. Look up their salaries. 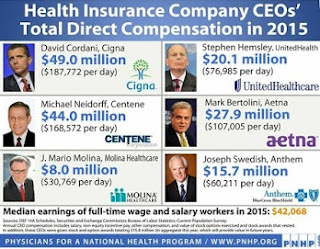 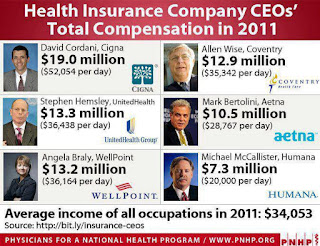 Even doctors are divided on the ACA. They see it the same way society does. If they are in it for the money they hate it. If they really want to see people get the care they need they don't want to see it go.

So, what did Obama do for you? He left America better than he found it. Is it perfect? No, but it is better and that is something we probably will not be able to say in 4 years.

Do you want to really know where your money goes? Then you need to know about ALEC. This is not just a Georgia thing. This is an American problem.


I'm going to break that down for you. Corporations pay our government officials to make laws that benefit their profits. Another thing these corporations do is they hide money to avoid paying taxes.

Does that look like poor people are the problem? Looks like it's the wealthy to me. I don't know about you but I believe tax on that amount of money could provide people with healthcare and education. If you pay tax then you should be pissed that the people with the greatest ability to pay tax do not.

Look for yourself and see who ALEC is. They are almost 100% Republican and I'm not saying that Democrats don't take money too, they do. ALEC is made up of  basically all those people that pit us all against one another so they can go make laws that do not benefit the American public, while we are looking the other way and pointing the finger at each other.

I know some of  you vote based on abortion alone. This is another tactic to keep us separate. Roe v. Wade was enacted in 1973. That was 43 years ago. In 43 years the Republican party has had ample time to reverse Roe v.Wade since they have had the majority of justices more times than not. You have got to ask yourself why they campaign on this but then never do anything about it.

Honestly, who do you think is getting all these abortions. It's not a liberal thing. If it were you wouldn't be complaining that your tax dollar goes to pay for people who keep having babies on welfare. I know at least 3 women who have had abortions and all of them profess some belief in God. Yes, Christians get abortions. Yes, no one is fooled. Many of them are more scared about what people will think of them having a baby out of wedlock than care about their pro-life beliefs. That goes out the window when shame is involved.
Guns!! A lot of you vote based on what the NRA tells you.  8 years of Obama and you still have them. He never even mentioned taking them away.
There is one thing proven after every election. The things they say will change never change. The promises they make, they never keep. We all need to stop believing these people have our best interest at heart.They only care about their own pockets.
I don't think anyone can possibly say that they see nothing to worry about with this next administration. There are too many questions unanswered. When people marched Saturday that is what they were saying for you even if you want to lie to yourself. You may not think this affects you or that it matters but don't get pissed over people trying to do something about it because they do believe it matters.
I started this blog to bring a little peace to the world but only now I'm no longer asking nicely for it I'm screaming for it. You haven't heard me before when I asked nice SO HEAR ME FREAKIN' ROAR.

So, this is where this administration has brought us in JUST 3 DAYS as compiled by THE SKIMM who takes money from Fox/Rupert Murdock:

On Friday, Donald Trump was sworn in as the 45th president of the United States. On Saturday, women around the world turned out to protest.

Millions of people showed up in hundreds of cities and on every continent. They were there to defend women’s rights, immigrant rights, and LGBTQ rights, to name a few - things they see as threatened under Trump’s presidency. The protests were the largest inauguration-related demonstrations in US history. At first, Trump didn’t seem too pleased, but he later said “peaceful protests are a hallmark of our democracy.”

While this was going on, Trump took a trip to CIA HQ. The mission: hit ‘reset’ on his rocky relationship with US intelligence agencies. Trump told the CIA he has their back “1,000%.” He also falsely blamed “dishonest” journalists for making up his feud with the intelligence community. And talked about the size of the crowd at his inauguration. He did this while standing in front of the CIA’s memorial to fallen officers that the agency considers sacred. This rubbed some, including the former CIA director, the wrong way.

Not quite. On Saturday, Press Secretary Sean Spicer took the podium for the first time. He falsely claimed that the turnout at Trump’s inauguration was the “largest audience to ever witness an inauguration, period.” Later, Trump adviser Kellyanne Conway explained that Spicer’s comment was based on “alternative facts.” These were some of Spicer’s first official remarks to reporters, and they were incorrect.

Trump’s first day in office was marked by unprecedented global protests. And he and his team spent the time blaming the media for bad coverage. Not a great way to start.

Every ounce of this can easily be verified and all of this, my friend, is why people have to be diligent. They have laid the gauntlet. If you are not for them, then they are against you. You need to be afraid of that. That is not how a democracy works.

I know so many strong women who take what they have for granted. If no one had ever marched you wouldn't be able to count on so many things you have now. One is your voice. Another is your right to vote. You also have equal say in what happens in your house. Look at the way this man talks and tell me that he wants you to keep that.
If someone has made you think feminism is a bad word, they've got you right where they want you.

That song is how millions of us (both male and female) feel living in America right now and we have the right to not get over it. Cause this:

It's been a while since I post a video. Here is a tiny bit of advice about being yourself.
at January 13, 2017